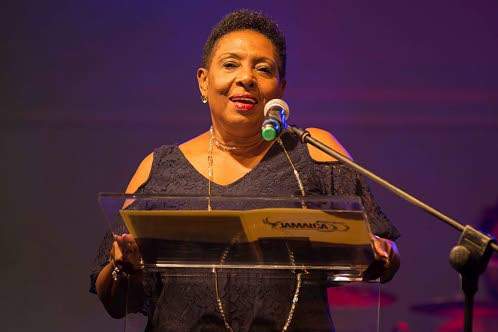 THE Government is in the final stages of crafting the National Policy on the Culture and Creative Economy of Jamaica.

The policy will, among other things, establish the enabling environment within which the creative sector will operate.

Minister of Culture, Gender, Entertainment and Sport Olivia Grange made the disclosure in a speech read by permanent secretary in the ministry, Denzil Thorpe, at the opening ceremony for the 12th staging of the Jamaica Business Development Corporation (JBDC) small business exposition and conference at The Jamaica Pegasus hotel in New Kingston on Tuesday.

Major issues addressed are culture for the promotion of social health and national well-being; repositioning culture in education; culture creativity and innovation; and culture, heritage and promotion of museums and artefacts.

Grange noted that the National Culture and Creative Industries Council Secretariat, which will streamline and implement the policy measures related to the industry, has been operationalised.

“My ministry has actively leveraged recommendations put forward by various policy documents and national strategies, namely, Vision 2030, the Business Plan for the Creative and Cultural Industries and the National Cultural Policy. One of the recommendations of the Vision 2030 process was the establishment of a cultural and creative industries council to consolidate the policy efforts in this area,” she said.

Grange said the Government will continue to pursue policies, initiatives and programmes, both locally and abroad, geared towards advancing the cultural and creative industries, also known as the “orange economy”.

In 2012, the global income generated from the orange economy was estimated at US$547 billion.

The conference, held on May 15 at The Jamaica Pegasus, targeted entrepreneurs who are interested in or involved in the cultural and creative industries.

The event, under the theme ‘Monetising the Orange Economy: The Future is Creative’, included presentations and seminars exploring business development issues relating to innovation, financing, investment, marketing, strategy, intellectual property, among others.

THE FUTURE IS CREATIVE