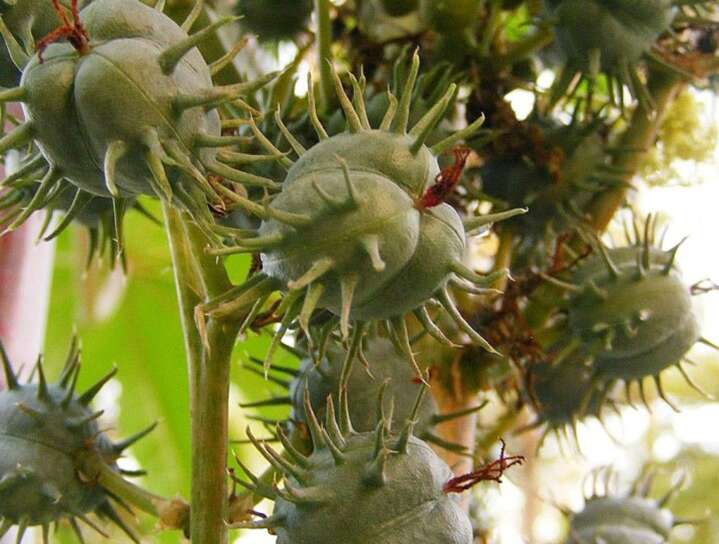 As the castor oil market becomes more lucrative, more Jamaicans are being encouraged to grow castor beans and to consider delving into the manufacturing of castor oil by-products.

In fact, the Jamaican castor oil market has the potential to earn up to US$200 million.

This is why business and agriculture stakeholders are zoning in on ways to increase castor bean production in the island.

It’s unclear how much castor beans are currently being produced in Jamaica but stakeholders are certain we need to do more in order to carve out a larger piece of the global pie.

Although more farmers have ventured into growing castor bean, the movement which was started by the Baptist Union about 20 years ago has had relative success.

President of the Jamaica Agricultural Society Lenworth Fulton told the Jamaica Observer,“One of the obstacles is the marketing problem and the cheap price [farmers] get for the primary product.”

That aside, he explained “most people go and plant a little and that can’t bring you enough income; that is just for home use. Just like apiculture, everyone who’s doing a box of bees wants to sell their own honey, so the industry is not coming together in a way that a cooperative would put them together.”

With that said, he noted, “What the industry needs is a strong cooperative movement to collect the beans, process the beans and pay the farmers a fair price for their product, so it has a way to go.”

The castor bean plant originated in Africa and was brought to Jamaica during the slave trade. It has become a part of Jamaica’s cultural heritage as it is used domestically in many Jamaican households as hair oil, lotion and as a protective oil against harmful UV sunrays.

Fulton noted that although it is common to see castor plants growing along the roadside in many communities, it is far more difficult to commercialise and scale, especially when there isn’t enough land to expand production.

“A lot of the farmers would need land because many of those who are interested really don’t have the land and it can be grown very successfully on marginal land, on slopes, stony lands and even some of the bauxite mined out reclaimed lands. But the lands are not in the hands of farmers; the Government has them in all kinds of tail spin. One of the things that affects it is land reform and Government’s promptness in implementing a meaningful land reform,” he argued.

In the meantime, many stakeholders believe Jamaica has struck gold with its black castor oil product which is world-famous and preferred over other castor oils on the global market.

With that in mind, the Jamaican Baptist Union has revived its grow castor bean project, this time in partnership with the Inter-American Development Bank. The Jamaica Business Development Corporation (JBDC), which forms part of the initiative, will aid in delivering the training component scheduled to take place in Manchester during August 2023.