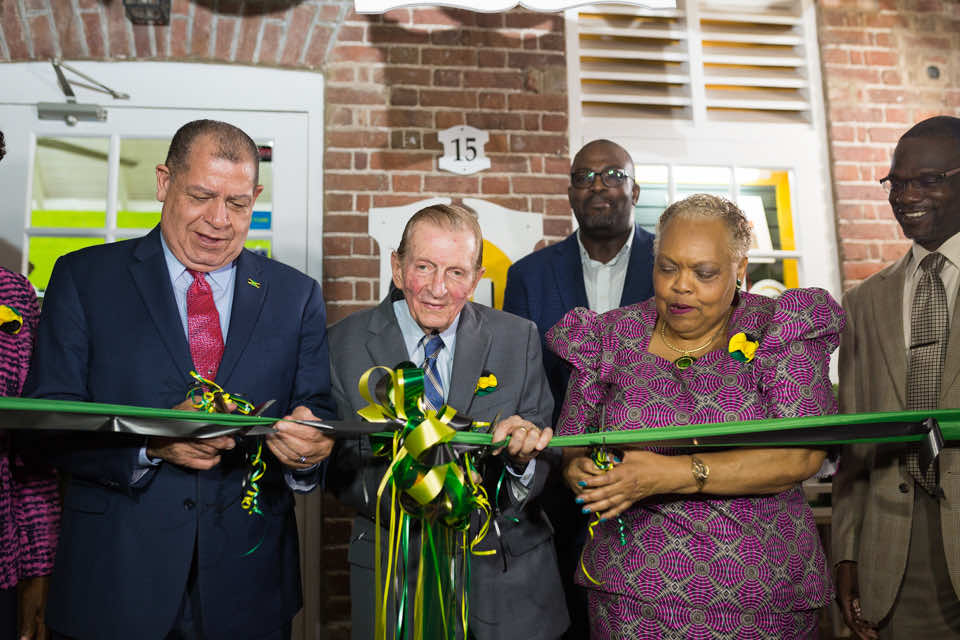 Scores of government and private sector officials, members of the diplomatic corps and other guests descended onto the East Lawns of Devon House on Wednesday, August 22, 2018, for the official opening of the Things Jamaican Specialty Food Store at Devon House in Kingston. It was an occasion which also marked the celebration of Things Jamaican’s 55th Anniversary and the presentation of a citation honouring former Prime Minister of Jamaica, The Most Honourable Edward Seaga for having established the entity in 1963. The highlight of the event was the official ribbon cutting ceremony involving government officials.

In keeping with the new gastronomy focus of the historic Devon House, Things Jamaican has once again reinvented itself by transforming this location into the country’s first authentic Jamaican specialty food store feature the following design elements: rustic yet contemporary feel, elements of old Jamaica and bold imagery. The store is anchored by its Things Jamaican’s own brand, Jamaica Harvest. The delectable ‘Jamaica Harvest’ product line includes a variety of flours made from breadfruit, pumpkin, plantain, sweet potato, banana and cassava, as well as granola cereals and bars made from yam and sweet potato, dried fruit treats such as pineapple, papaya, coconut, mango and naseberry; pepper jelly; jams made from sorrel, guava and passion fruit; teas made from sorrel, rosemary, basil lemon grass and mint; and powdered spices made from rosemary, thyme, scotch bonnet pepper and escallion – all grown and processed by Jamaican entrepreneurs.

The store also carries a range of other local gourmet, home and art brands, many of which were developed under the guidance of the JBDC’s guidance ‘From Concept to Market’.